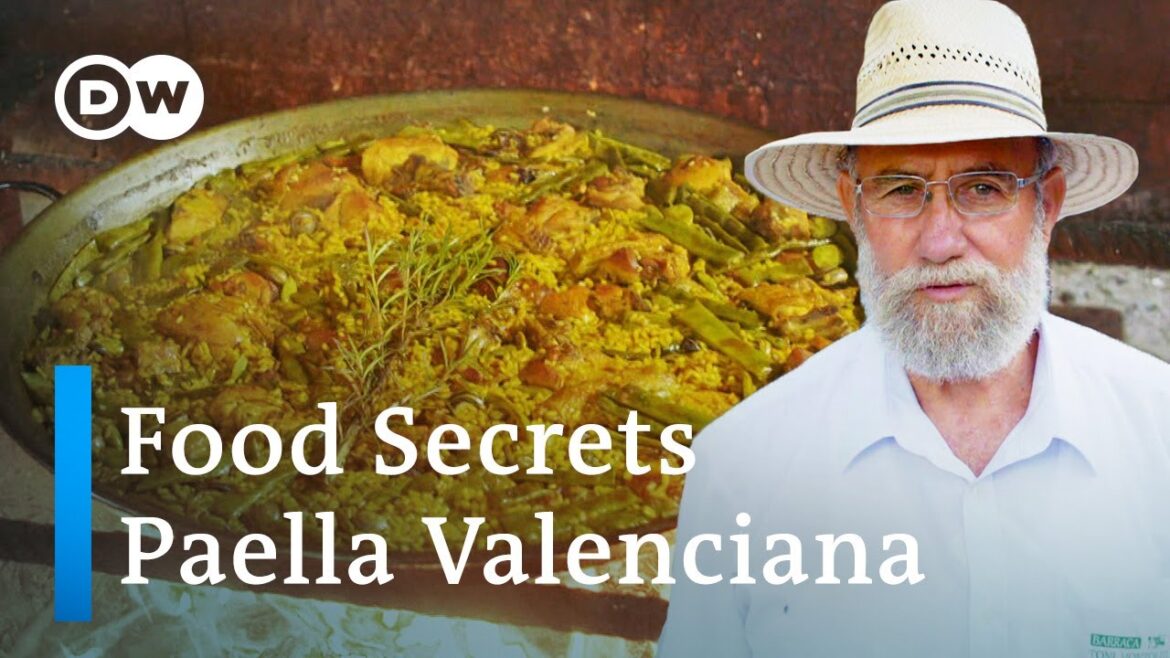 Paella is – next to tortilla and tapas – Spain’s internationally most well-known dish. The original recipe comes from Valencia, which is located at the Spanish east coast. While paella is eaten all over the world, many people don’t know about its origins and the secrets that come with it. For example, paella takes its name from the large, flat pan which is also known as paella. Then, there’s the special rice that Valencians use to cook paella. And most important: never mix fish and meat if you want to eat an authentic paella!

Learn about Paella, Spain’s One of the Most Popular Dishes Internationally in the Following Foodies’ Video by DW Food

Paella is a rice dish originally from Valencia. While it is commonly viewed by non-Spaniards as Spain’s national dish,[citation needed] Spaniards almost unanimously consider it to be a dish from the Valencian region. Valencians, in turn, regard paella as one of their identifying symbols.

It is one of the best-known dishes in Spanish cuisine. The dish takes its name from the wide, shallow traditional pan used to cook the dish on an open fire, paella being the word for a frying pan in Valencian/Catalan language. As a dish, it may have ancient roots, but in its modern form it is traced back to the mid-19th century, in the rural area around the Albufera lagoon adjacent to the city of Valencia, on the Mediterranean coast of Spain.

Paella valenciana is the traditional paella of the Valencia region, believed to be the original recipe and consists of round-grain rice, bajoqueta and tavella (varieties of green beans), rabbit, beef, pork, lamb, chicken, sometimes duck, and garrofó (a variety of lima or butter bean), cooked in olive oil and chicken, fish, seafood or beef broth.

The dish is sometimes seasoned with whole rosemary branches. Traditionally, the yellow color comes from saffron, but turmeric and calendula can be used as substitutes. Artichoke hearts and stems may be used as seasonal ingredients. Most paella cooks use bomba rice, but Valencians tend to use a cultivar known as Senia.