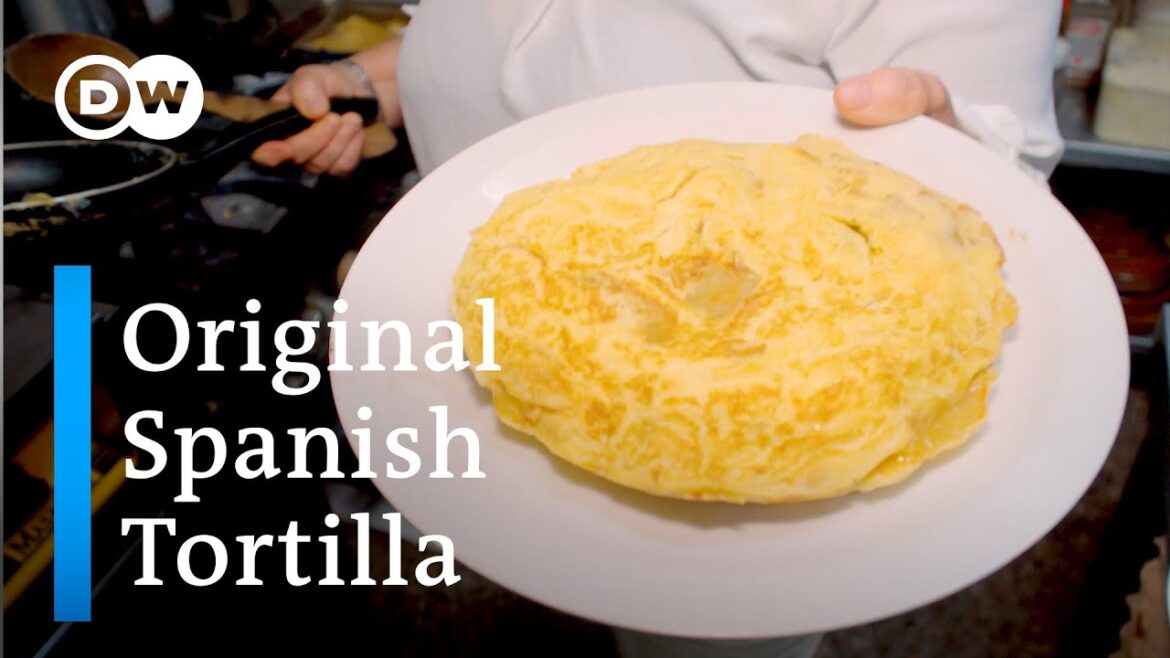 Spanish omelette or Spanish Tortilla is a Traditional Dish from Spain. Celebrated as a national dish by Spaniards, it is an essential part of the Spanish cuisine. It is an omelette made with eggs and potatoes, optionally including onion. It is often served at room temperature as a Tapa. It is commonly known in Spanish-speaking countries as tortilla de Patatas, Tortilla de Papas, or Tortilla Española.

In Spain, they’re eaten for breakfast, lunch and dinner – the Spanish Tortilla. Children and grown-ups alike love them. And they are on every menu. Close to 35,000 tons of ready-made tortillas are eaten every year. In Barcelona, we visited a traditional Truiteria – which is Catalan for Tortilleria – to find out the secrets behind this dish.