The Ultimate Video Guide to the Best 7 Museums in Athens 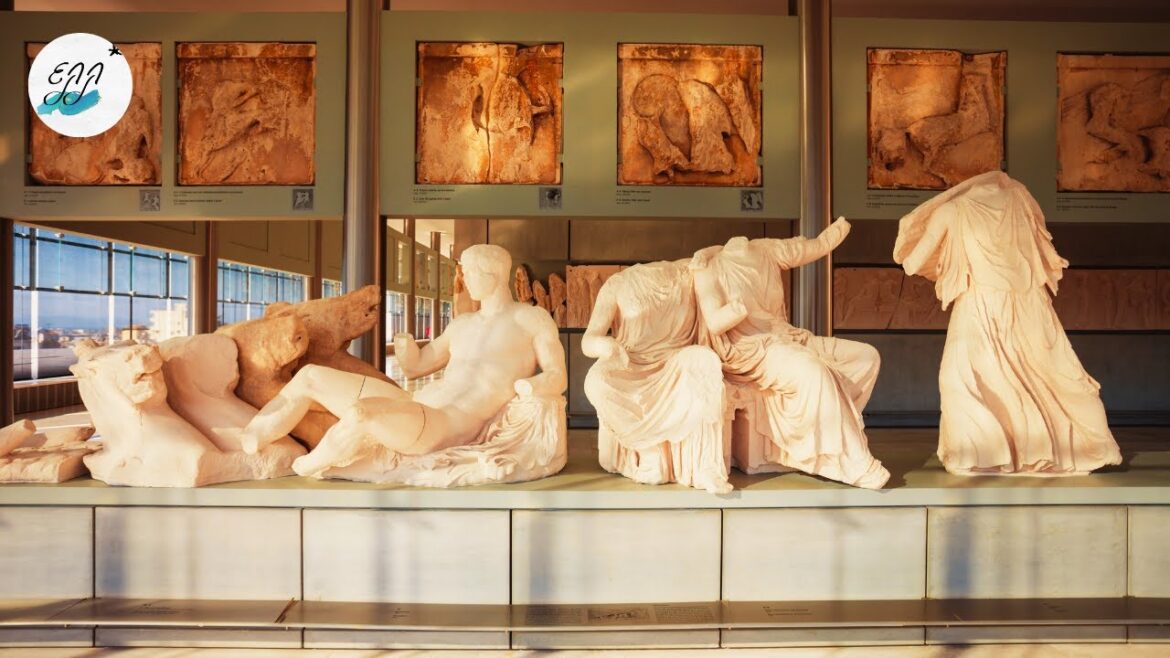 Below is a List of Top Museums to Visit and the Best or Latest Corresponding Publicly Available Videos:

The National Archaeological Museum houses some of the most important Artefacts from a variety of archaeological locations around Greece from prehistory to late antiquity.

It is considered one of the greatest museums in the world and contains the richest collection of Greek Antiquity Artefacts worldwide.

It is situated in the Exarcheia area in central Athens between Epirus Street, Bouboulinas Street and Tositsas Street.

Its entrance is on the Patission Street adjacent to the historical building of the Athens Polytechnic university.

The Acropolis Museum was built to house every artefact found on the rock and on the surrounding slopes, from the Greek Bronze Age to Roman and Byzantine Greece.

It also lies over the ruins of part of Roman and early Byzantine Athens. The museum was founded in 2003 while the Organisation of the Museum was established in 2008.

If you want to go more in the Historical Details of The Parthenon, Acropolis, Watch the below video

The Acropolis of Athens is an ancient citadel located on a rocky outcrop above the city of Athens and contains the remains of several ancient buildings of great architectural and historical significance, the most famous being the Parthenon.

The Acropolis is located on a flattish-topped rock that rises 150 m (490 ft) above sea level in the city of Athens, with a surface area of about 3 hectares (7.4 acres).

Watch this video for best tips on viewing Acropolis

The Acropolis was initially considered a fortress to protect Athens from invaders. But later it evolved to become the historical centre of Athens around which city was further developed.

The Benaki Museum, established and endowed in 1930 by Antonis Benakis in memory of his father Emmanuel Benakis, is housed in the Benakis family mansion in downtown Athens, Greece.

The museum houses Greek works of art from the prehistorical to the modern times, an extensive collection of Asian art, hosts periodic exhibitions and maintains a state-of-the-art restoration and conservation workshop.

This Museum in Athens houses over 100,000 artefacts from Greek history and showcases the many eras, civilisations and cultures which have influenced the development of Greece. Spread over a number of locations, the museum ranks among Greece’s foremost cultural institutions.

The Byzantine and Christian Museum is situated at Vassilissis Sofias Avenue in Athens, Greece. It was founded in 1914, and houses more than 25,000 exhibits with rare collections of pictures, scriptures, frescoes, pottery, fabrics, manuscripts, and copies of Artefacts from the 3rd century AD to the Late Middle Ages.

It is one of the most important museums in the world in Byzantine Art. In June 2004, in time for its 90th anniversary and the 2004 Athens Olympics, the museum reopened to the public after an extensive renovation and the addition of another wing.

The Museum of Cycladic Art was founded in 1986 in order to house the collection of Cycladic and Ancient Greek art belonging to Nicholas and Dolly Goulandris. Starting in the early 1960s, the couple collected Greek antiquities, with special interest in the prehistoric art from the Cyclades islands of the Aegean Sea.

The ancient Cycladic culture flourished in the islands of the Aegean Sea from c. 3300 to 1100 BCE.Along with the Minoan civilisation and Mycenaean Greece, the Cycladic people are counted among the three major Aegean cultures. Cycladic art therefore comprises one of the three main branches of Aegean art.

The best known type of artwork that has survived is the marble figurine, most commonly a single full-length female figure with arms folded across the front.

The Ancient Agora of Athens (also called the Classical Agora) is the best-known example of an ancient Greek Agora. Watch the Best Short Documentary below to understand its relevance to the Greek Culture.

It is located to the northwest of the Acropolis and bounded on the south by the hill of the Areopagus and on the west by the hill known as the Agoraios Kolonos also called Market Hill. Watch the video below by a Traveler to get a more relevant context to the wonderful Structure.

The agora was a central public space in ancient Greek city-states. It is the best representation of a city-state’s response to accommodate the social and political order of the polis. The Agora’s initial use was for a commercial, assembly, or residential gathering place.

The literal meaning of the word “agora” is “gathering place” or “assembly”. The agora was the centre of the athletic, artistic, business, social, spiritual and political life in the city.

The Numismatic Museum of Athens is one of the most important museums in Greece. It houses a collection of over 500,000 coins, medals, gems, weights, stamps and related artefacts from 1400BC to modern times.

The collection constitutes one of the richest in the world, paralleled by those of the British Museum in London, the Bibliotheque Nationale in Paris, the State Hermitage Museum in St. Petersburg, the Bode Museum in Berlin, and the American Numismatic Society in New York.

Following is a list of Museums which you can visit if you are not short of time.

The Athens War Museum was established on July 18, 1975. It is the museum of the Greek Armed Forces. Its purpose is the exhibition of weapon Artefacts and the relevant research in the history of war.

It covers the history of war in all ages. The museums’ collections include the collection of the Greek Army, with Artefacts from other civilisations such as Ancient China and Ancient Japan.

The National Historical Museum is a historical museum in Athens. Founded in 1882, is the oldest of its kind in Greece. It is located in the Old Parliament House at Stadiou Street in Athens, which housed the Hellenic Parliament from 1875 until 1932.

The museum houses the collection of the Historical and Ethnological Society of Greece founded in 1882. It is the oldest collection of its kind in Greece.

The collection contains historical items concerning the period from the capture of Constantinopolis by the Ottomans in 1453 to the Second World War, emphasising especially the period of the Greek Revolution and the subsequent establishment of the modern Greek state.

10. The National Museum of Contemporary Art (EMST) Optional (Only If you have time, and Art interests you)

The National Museum of Contemporary Art was established in October 2000. It is the sole national institution focused only on collecting and exhibiting contemporary Greek and international art in Athens.

The below video museum guide has Top 10 Museums- a good summary overview of the Museums in Athens- if you want to have a quick overview.

Most relevant as per the importance would be from the starting point of 2:39. These are Museums numbering from 6-1.

The other Museums 10-6 are optional ones. To get a more holistic understanding refer to the Video Guide Below