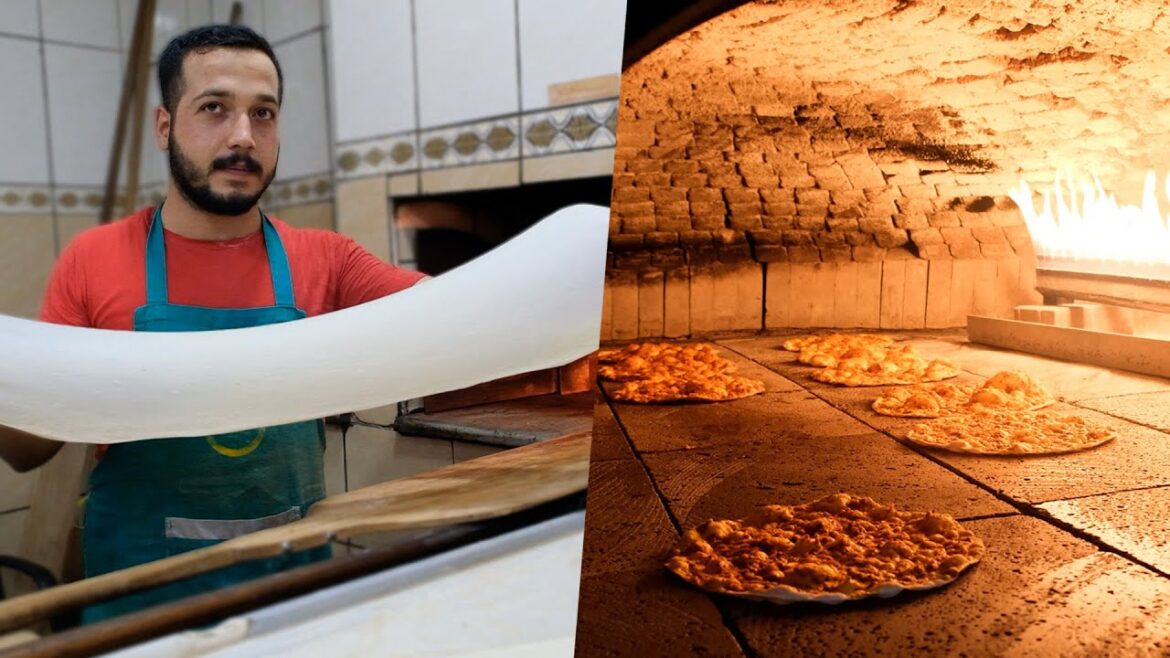 Lahmacun is a delicious street food that is cooked in the oven after the material prepared with minced meat, parsley, onion and many spices is spread on a thin dough. It is a very famous dish in societies in Turkey, Azerbaijan, Armenia and the Middle East. Its thin, crispy fried dough makes almost anyone who eats it happy with its fragrant scent. It is also known as Turkish Pizza in European and other world countries.

It is possible to see a lahmacun bakery in almost every neighbourhood in Turkey. We went to Yaprak Pide Lahmacun Hall in Fatih, Istanbul today. We both found the answer to the question of how to make Lahmacun and learned the production processes of Pide and Lavaş… Carefully prepared puff dough, yeast, salt and baking processes… If you happen to be in Turkey one day, you should definitely try this delicious Turkish Street Food Lahmacun.

Lahmacun is a flatbread topped with minced meat (most commonly beef or lamb), minced vegetables, and herbs including onions, garlic, tomatoes, red peppers, and parsley, flavored with spices such as chili pepper and paprika, then baked. Lahmacun is often wrapped around vegetables, including pickles, tomatoes, peppers, onions, lettuce, parsley, and roasted eggplant.

Due to its shape and superficial similarity, it is sometimes described as Armenian pizza, Turkish pizza, or similar names. However, unlike pizza, lahmacun is not usually prepared with cheese and the crust is thinner. Lahmacun is a popular dish in Armenia, Turkey, Iraq, Israel, Lebanon, Syria, Palestine and Arab communities worldwide. In Lebanon and Syria it is also known as Armenian Flatbread.