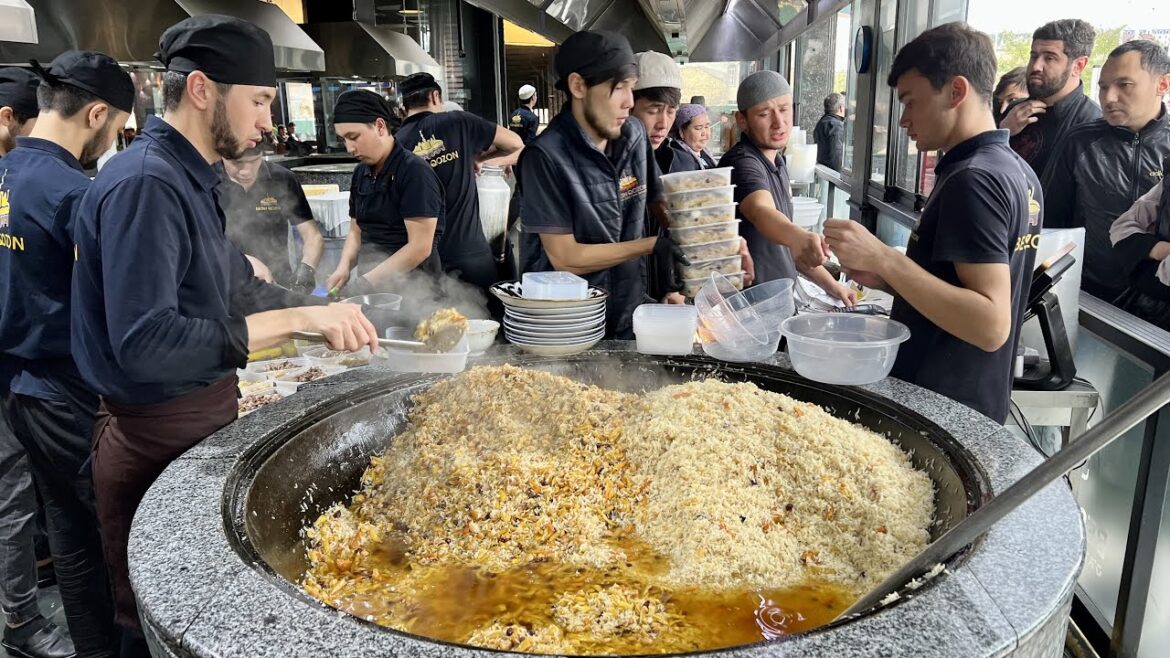 Uzbek cuisine shares the culinary traditions of peoples across Central Asia. There is a great deal of grain farming in Uzbekistan, so breads and noodles are of importance, and Uzbek cuisine has been characterised as “noodle-rich”. Mutton is a popular variety of meat due to the abundance of sheep in the country and it is a part of various Uzbek dishes.

Uzbekistan’s signature dish is PILAF (or Palov), a main course typically made with rice, pieces of meat, grated carrots and onions. It is usually cooked in a kazan (or deghi) over an open fire; chickpeas, raisins, barberries, or fruit may be added for variation.

Although often prepared at home for family and guests by the head of household or the housewife, palov is made on special occasions by the oshpaz, or the osh master chef, who cooks the national dish over an open flame, sometimes serving up to 1,000 people from a single cauldron on holidays or occasions such as weddings. Nahor oshi, or “morning plov”, is served in the early morning (between 6 and 9 am) to large gatherings of guests, typically as part of an ongoing wedding celebration.

Pilaf is a rice dish, or in some regions, a wheat dish, whose recipe usually involves cooking in stock or broth, adding spices, and other ingredients such as vegetables or meat,and employing some technique for achieving cooked grains that do not adhere to each other. At the time of the Abbasid Caliphate, such methods of cooking rice at first spread through a vast territory from India to Spain, and eventually to a wider world.

10 of the Best Street Foods Around...