Everything You Need to Know Before You Travel To Naples 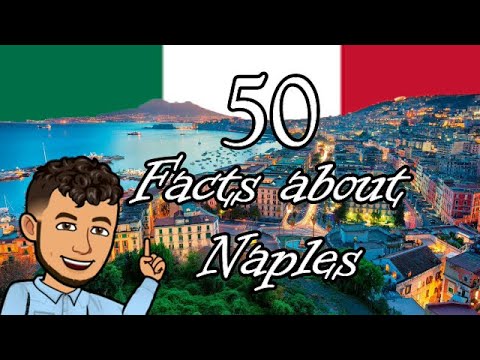 This Post is a Collection of Most Relevant Free Public Information about Naples, Using Public Transport in Naples, To and From Airport, Top Sights & Attractions, Day Trips from Naples, the Famous Landmarks & Important Links for You to Know before You Plan Your Trip to Naples

Naples is the Regional capital of Campania and the third-largest city of Italy, after Rome and Milan, with a population of 967,069 within the city’s administrative limits as of 2017. Its province-level municipality is the third-most populous metropolitan city in Italy with a population of 3,115,320 residents, and its metropolitan area stretches beyond the boundaries of the city wall for approximately 20 miles.

Naples was Founded by Greeks

Founded by Greeks in the first millennium BC, Naples is one of the oldest continuously inhabited urban areas in the world. The city has long been a global point of reference for classical music and opera through the Neapolitan School.

The Port of Naples

The Port of Naples is one of the most important in Europe. In addition to commercial activities, it is home to the Allied Joint Force Command Naples, the NATO body that oversees North Africa, the Sahel, and the Middle East.

Neapolitan Cuisine is noted for its association with pizza, which originated in the city, as well as numerous other local dishes. Restaurants in the Naples’ area have earned the most stars from the Michelin Guide of any Italian province.

Naples’ 2,800-year history has left it with a wealth of historical buildings and monuments, from medieval castles to classical ruins, and a wide range of culturally and historically significant sites nearby, including the Palace of Caserta and the Roman ruins of Pompeii and Herculaneum.

In 1995, the Historic Centre of Naples was listed by UNESCO as a World Heritage Site, a United Nations programme which aims to catalogue and conserve sites of outstanding cultural or natural importance to the common heritage of mankind.

Learn About History and Culture of Naples in Detail

Arriving in Naples, Airport To & From & Using Public Transportation

The airport is only 6 Kms from the Naples Centre and Number of Options are Available to Reach Downtown, City Centre or Your Chosen Place of Stay based on the Mode of Transport – Public Bus/Shuttle, Taxi or Metro

Public Shuttle/Bus From and To the Airport

The cheapest option to go from the Airport to the Naples Centre is the Alibus (Terravision) Shuttle. The Buses Depart from a Stop which is very near to the Airport entrance. Alibus goes to several points in central Naples, including the Piazza Garibaldi (Central Train Station) and Molo Beverello (Where You can take Ferries to the Nearby Islands, Capri, Ischia and Procida). Alibus Ticket costs €5 one-way and the Buses run regularly every 20 minutes from 6:30 am to 11:30 pm. Tickets are Usually Bought in the Bus Directly or at the Machines.

Naples Metro from and To the Airport

The C3 line connects to Napoli Centrale for €4. With two underground lines and 26 stops around the city, plus trains running along the coast to places like Pompeii, Naples’ metro network is easy to use.

Naples’ Culture, People & Pizza from the Eyes of a Local

The History & Culture of Naples & Best...

Best Things To Do & Places to Visit...