The All in One Zakynthos Travel Video Guide 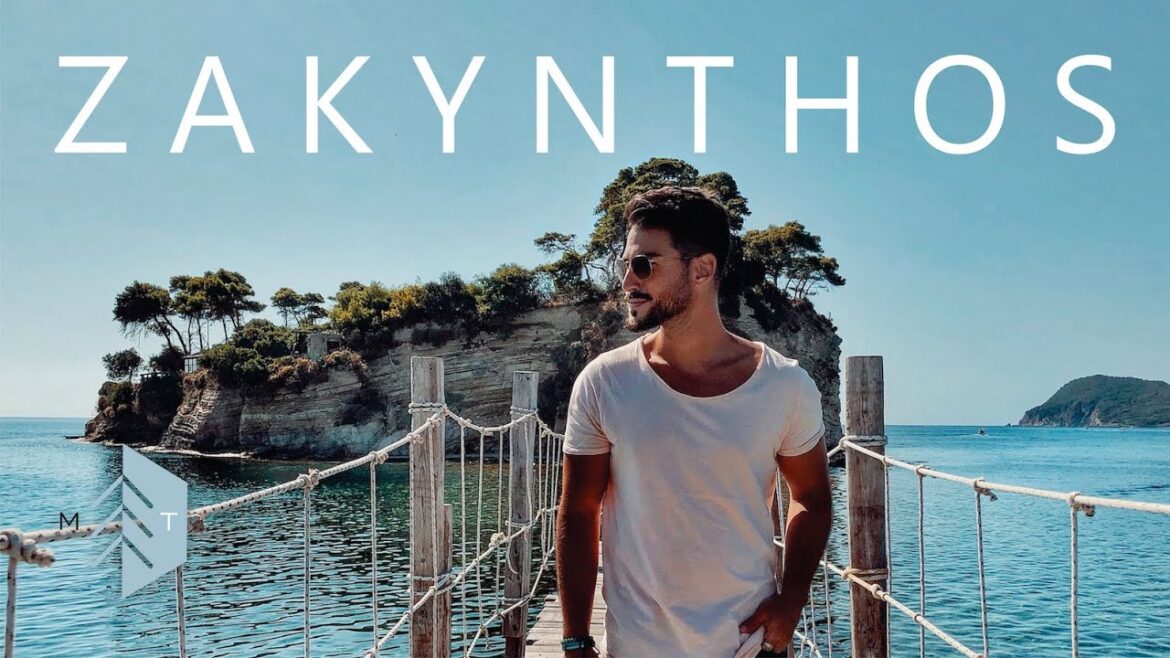 Public Facts and Information about Zakynthos

In Greek mythology the island was said to be named after Zakynthos, the son of the legendary Arcadian chief Dardanus. Zakynthos is a tourist destination, with an international airport served by charter flights from northern Europe. The island’s nickname is “the Flower of the Levant”, bestowed upon it by the Venetians who were in possession of Zakynthos from 1484 to 1797.

The port of Zakynthos has a ferry connecting to the port of Kyllini on the mainland. Another ferry connects the village of Agios Nikolaos to Argostoli on Kefalonia. Minor uninhabited islands around Zakynthos included in the municipality and regional unit are: Marathonisi, Pelouzo, Agios Sostis in the Laganas bay, Agios Nikolaos near the eponymous harbor on the northern tip, and Agios Ioannis near Porto Vromi on the western coast.

Greece is my home away from home, and my total love affair with it dates back to my very first trip to this mystical country in 2015. My first stop back then was to this tiny Ionian island. For many, Zakynthos is a collection of extraordinary beaches and some outlandish nightlife, but to me, it’s more than a pin on a map; It’s where I come back to connect with friends and revisit all the simple things that make me happy.

Welcome to Zakynthos: an island very close to my heart.

Topics Covered in this Video Include the Following

Famous landmarks include the Navagio beach, a cove on the northwest shore isolated by high cliffs and accessible only by boat. Numerous natural “blue caves” are cut into cliffs around Cape Skinari, and accessible only by small boats. Keri, on the south of the island, is a mountain village with a lighthouse. The whole western shore from Keri to Skinari contains rock formations including arches.

Things to Do in Zakynthos, Greece – A Travel Video Guide by Goats on the Road

In this week’s episode we head to the beautiful and (relatively) undiscovered island of Zakynthos in Greece. We visit one of the best beaches in Greece, take a boat around the island, go to some great local restaurants and just explore the place from top to bottom. Zakynthos is in the Ionian Island chain of western Greece and is known for having some of the best beaches in Greece, delicious food, incredible rock formations and great guest houses and apartments.

We rent an apartment in Zakynthos for just $21 / night and explore the island by rental car for 10 days. We visit the best beach in Greece, Navagio Beach, also known as Shipwreck cove. This is the picture in the thumbnail and it’s a beautiful white sand beach with turquoise waters and stunning views! We also eat delicious Greek food, meet friendly Greek people and learn a bit about the culture by making local friends.

– Goats on the Road

The island is covered by a network of roads, particularly the flat eastern part, with main routes linking the capital with Volimes in the north, Keri in the south, and the Vassiliki peninsula in the west. The road between Volimes and Lithakia connects the western half of the island. The island has one airport, Zakynthos International Airport, on former GR-35, offering connecting flights with other Greek airports and numerous tourist charters.

Opened in 1972, it is located 4.3 km from Zakynthos. Zakynthos also features two ports, the main port located in the capital, and another in the village of Agios Nikolaos. From the main port there is a connection to the port of Kyllini, which is the usual place of arrival to the island by sea from the mainland. From the port of Agios Nikolaos there is a connection to the island of Kefalonia.

The Best Things to Do & Best Beaches to Visit, Discussed in the Travel Video Guide Include the Following :

The 10 Best Places on the Amalfi Coast