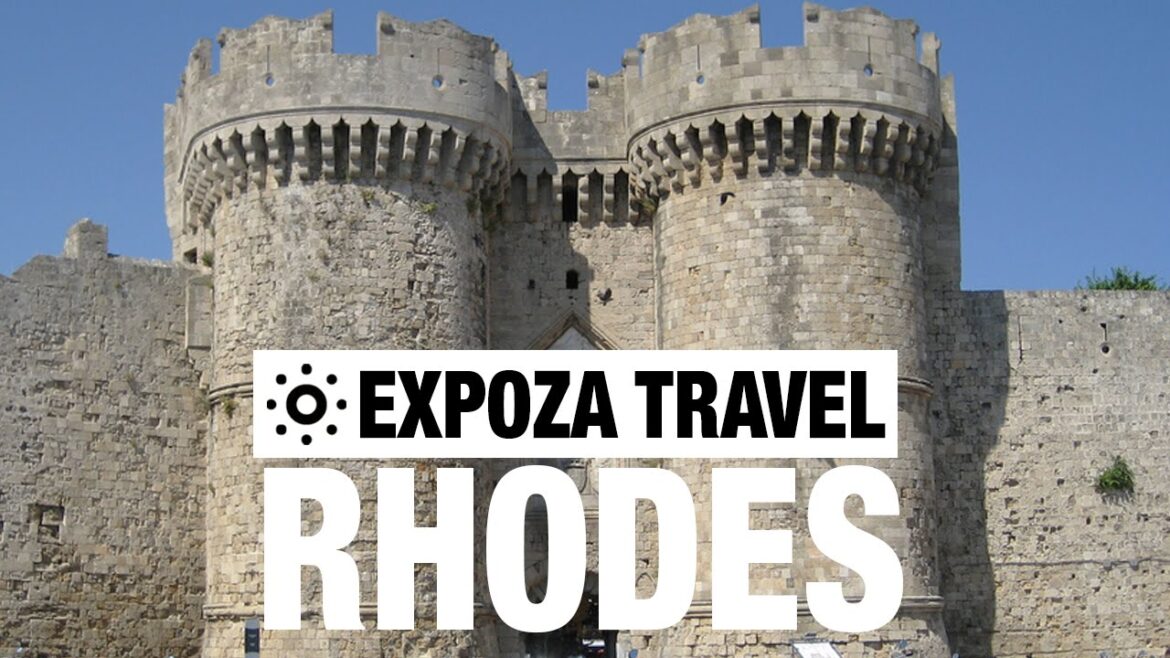 Rhodes is the largest island of the Dodekanissa, a group of Greek islands located in the south eastern Aegean just off the west coast of Turkey. Since antiquity its special location has brought it both power and wealth. On the northernmost tip of the island is the fascinating metropolis of Chora Ródos whose harbour entrance was once adorned by the Seventh Wonder Of The World, the Colossus of Rhodes. Byzantines, Arabs, The Knights Of The Order Of St. John, Ottomans and Italians each influenced the ever-changing history of the island that was first settled here in 400 B.C.

In 1320 the Knights Of St. John discovered an old fortified town here and immediately began to expand its fortress into the Grand Master Palace. In its present form the building is a reconstruction of the original palace that was first built on the site of a temple for the Sun King, Helios. After a total of seven Christian crusades were unable to defeat Islam and the re-conquering of Jerusalem failed, the Knights Of the Order Of St. John were driven out of Palestine. First they sought shelter in Cyprus and next conquered the island of Rhodes that was then under the rule of Portuguese pirates.

To protect themselves from the Turks as well as from the pirates the new owners of the island built several mighty fortresses. Filérimos is located on the island’s west coast close to the city of Rhodes. An avenue of pine trees leads to a huge concrete cross. Petaloúdes, The Valley Of Butterflies has for many years been a popular attraction for tourists who usually arrive in organised groups.

A creek that contains water throughout the year flows through a narrow valley and forms romantic waterfalls, cascades and small pools. At the foot of Tsambika Mountain there’s a small church, one of many that are scattered across the island. The Greek Orthodox Church and its nuns, monks and patriarchs have helped to preserve the region’s language and culture. Rhodes is an island that bewitches all who experience it.

15 Most Beautiful Scenic European Towns to...