Best Things to Do & Places to Visit in Rhodes 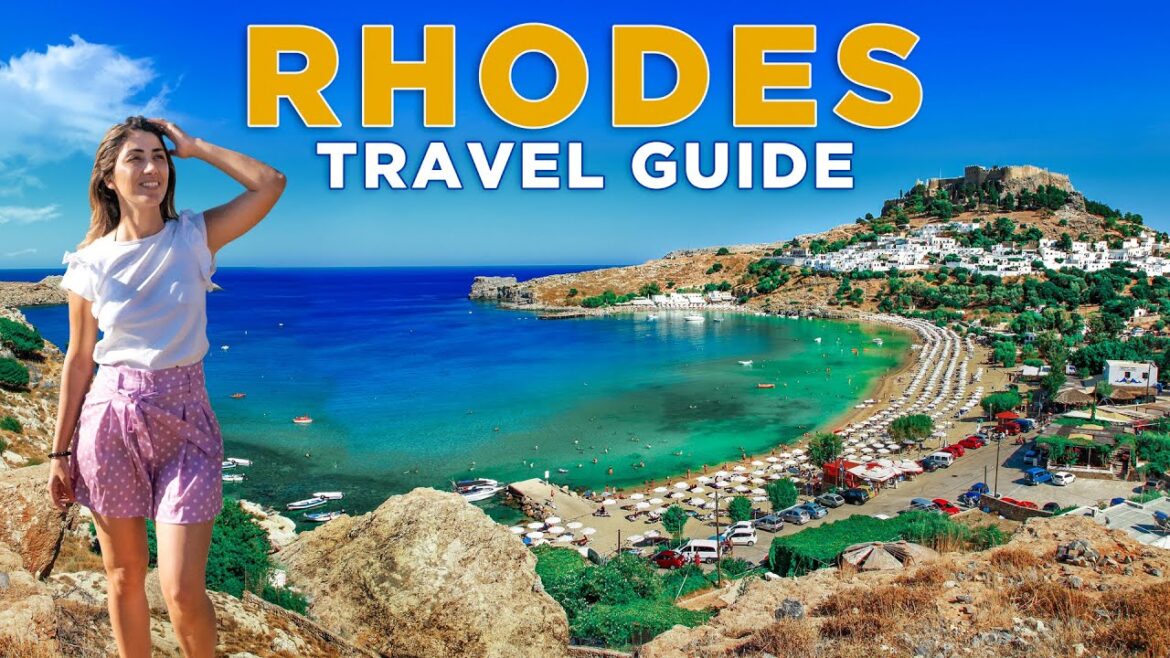 This Post is a Collection of Most Relevant Public Facts (From Wiki & Others) & Best Travel Video Guides (From Youtube) on the Best Things to Do in Rhodes, Airport To & From, Best Beaches, Cathedrals, Museums, Landmarks, Sights & Markets to Visit to Provide All Informative & Relevant Content about Rhodes in One Place

Rhodes is the principal city and a former municipality on the island of Rhodes in the Dodecanese, Greece. Since the 2011 local government reform it is part of the municipality Rhodes, of which it is the seat and a municipal unit. It has a population of approximately 50,000 inhabitants (near 90,000 in its metropolitan area).

Rhodes has been famous since antiquity as the site of Colossus of Rhodes, one of the Seven Wonders of the Ancient World. The citadel of Rhodes, built by the Hospitalliers, is one of the best-preserved medieval towns in Europe, which in 1988 was designated as a UNESCO World Heritage Site

Rhodes City Centre Arrival and Departure from and to the Airport

There are Several Buses that connect the Rhodes Airport and Rhodes City Centre (with Journey Time of 40 Minutes) and a ticket costs 2,50 € one way. The Buses Go and Comeback Several Times in a Day (from and to the City Centre) at Regular Intervals. The bus stop is located approximately 300 metres to the left of door 1 of the terminal. Click on this Link for the Time Table – Airport To and From Information : Arriving and Departing

1. Top 10 Things to Do in Rhodes Video Guide by Mansoureh

Rhodes is the fourth largest Greek island. It’s located in the southern Aegean Sea just a few miles off the coast of Turkey. It is also known as the Island of the Knights because the Knights of St John ruled this greek Island for two centuries. Rhodes with its rich history, unique landscapes and stunning beaches has something for everyone. And let’s not forget that Rhodes is one of the prettiest islands in Greece and this Greek island attracts millions of tourists every year.

Topics Covered in this Video Include the Following :

2. Top 10 Things to Do in Rhodes Video Guide by TravelShark

Rhodes, often known as the “Knights’ Island,” has a long and illustrious history, as evidenced by its historical buildings and monuments. Rhodes Old Town, a UNESCO World Heritage Site, is one of Europe’s best-preserved medieval towns, attracting millions of visitors each year! Strong walls, stone-paved streets, magnificent residences, and a medieval castle provide the impression of being transported back to the age of the knights.

3. The Fortifications of the Town of Rhodes (Based on Public Facts)

5. Best Places to Visit in Rhodes – A Travel Video Guide by LifeStyle Travel

Come with us to the very best of Rhodes / Greece. Take a view to the top attractions of the island like the impressive Prasonisi beach, the UNESCO World Heritage Site Rhodes OLD TOWN, the beautiful village of Lindos and secret beaches. Furthermore some lost places that you should not miss and many ancient castles. Enjoy our journey to the Rhodes TOP 10 – the best of this island. You are thinking about what to do in Rhodes? Visit this beautiful sights – they are the best things to do in Rhodes.

Topics and Places Covered in the Video Include the Following :