Best Things to Do and Places to Visit in Mykonos 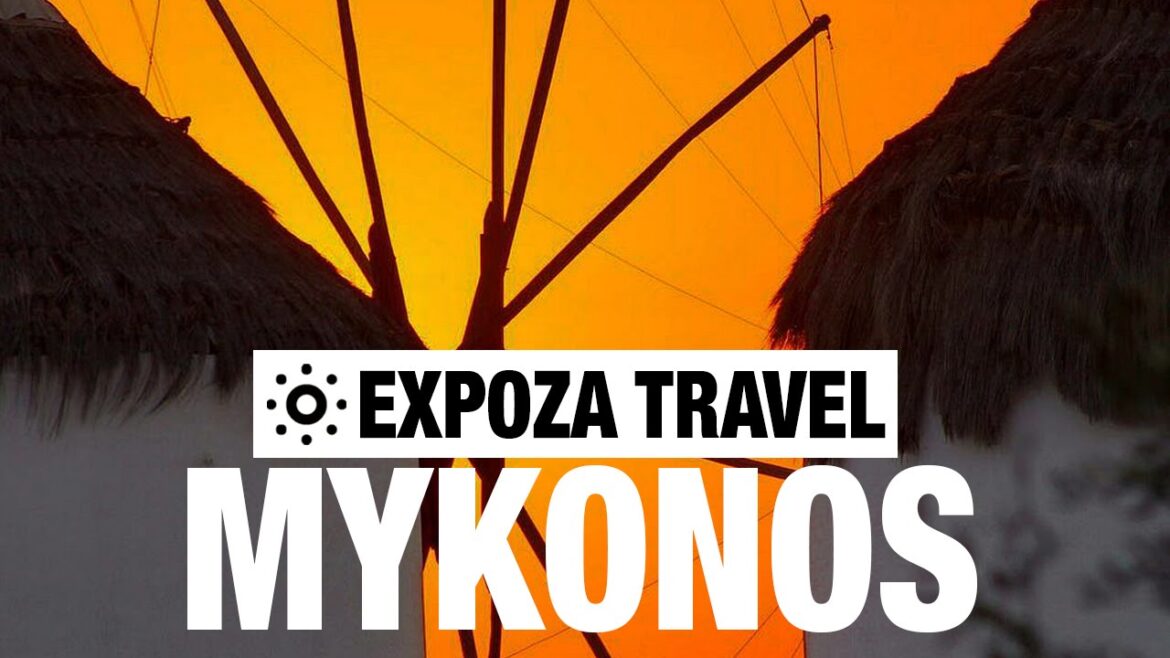 This Post consists of Popular Travel Video Guides by Travellers & Relevant Public Historical Information and Facts about Mykonos, Ferries & Public Transport Details to provide all Information in One Place

Mykonos is a Greek island, part of the Cyclades, lying between Tinos, Syros, Paros and Naxos. The island has an area of 85.5 square kilometres and rises to an elevation of 341 metres (1,119 feet) at its highest point. The town is also known as Chora (i.e. ‘Town’ in Greek, following the common practice in Greece when the name of the island itself is the same as the name of the principal town).

Mykonos’s nickname is “The Island of the Winds”, due to the very strong winds that usually blow on the island. Tourism is a major industry and Mykonos is known for its vibrant nightlife and for being a gay-friendly destination with many establishments catering for the LGBT community.

The Population in Mykonos varies greatly throughout the year. There are around 15000 inhabitants – 4,000 of which are foreigners, most of whom live in the largest town, Mykonos, which lies on the west coast. However, in the Summer Months the island accommodates over 50,000 people!

The Cyclades are the small group of islands surrounding Delos int the middle of the Aegean Sea. On these islands the Cycladic culture thrived well before B.C. what, beside the architectural and artistic values, also meant a lifestyle. This lifestyle is sought by the millions of visiting tourists: the narrow, winding alleys, the many characteristic Cycladic houses protected from the sun by venetian blinds and ornamented by geranium and leander. From the taverns resting in the shade of vine-arbours one can see the boats and yachts floating on the sea. The wind from the sea slowly turns the wheels of the windmills, while the beaches are full of happy people.

Learn about Best Things to Do in Mykonos

Today we explore Mykonos, Greece and all it has to offer. Mykonos is one of the most famous Islands in all of the world. We check out the old Mykonos port, rent a car and go to Agia Anna, Paradise Beach, Elia Beach, Lia Beach and much more. We show you the best things to do in Mykonos Greece.

Welcome to Mykoynos – this one of the most popular islands in Greece and is known for its waterfront restaurants in little venice, greek shopping and the best clubs in Mykonoks such as Scorpios, Super Paradise Beach Club, Paradise Beach Club, Tropicana Beach Bar, Guapaloca,SantAnna, Jackie O’, Cavo Paradiso. In today’s vlog we’re going to be going over everything you need to know about Mykonos and the top things to do in a day in Mykonos, where to stay in Mykonos like Mykonos town, where to eat in Mykonos, where to shop, the best Mykonos parties, how to get around Mykonos Greece, how much Mykonos Greece costs and so much more.

Transport Information: Ferry Schedules from Athens to Mykonos In the summer months, Mykonos is served by four ferries daily that depart from Piraeus port or Rafina port, and fares cost from 20 to 40 euros. Blue Star Ferries are the cheapest while SeaJets are the fastest, another Option is Hellenic Seaways.

The Best Beaches in Mykonos – A Beach Guide

The Best Beaches in Mykonos – A Beach...

The Best Beaches in Mykonos – A...